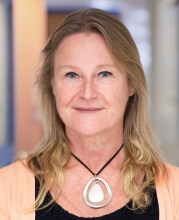 Professor Berit Heitmann is Leader of the Research Unit for Dietary Studies (Enheden for Epidemiologisk Kostforskning) at the Parker Insitute. The Research Unit was established in 1998 based on a major grant from the Danish MRC under the FREJA programme (Female Researchers in Joint Action). The Research Unit conducts nutrition and obesity research within observation and intervention settings, and houses an international network comprising more than 200 mainly European, researchers. The Unit employs about 15 full-time researchers and statisticians.

Professor Heitmann has, since 1999, obtained almost 85 million Dkr, or 11.5 million Euro, total. Professor Heitmann is professor in nutritional epidemiology at University of Southern Denmark (since 1999) and honorary professor at University of Sydney, Australia, the Boden Institute of Obesity, Nutrition, Exercise & Eating Disorders (since 2011). She has been scientific secretary (1990-1994) and president (1996-1998 and 1998-2000) for the Danish Association for the study on Obesity. She served and serves at many different national and international advisory boards of official intuitions, organisations and journals; including national and international research councils. Notably, she was advisory board member for The Board for Research in Food Safety and Nutrition, The Danish Ministry for Foods, Agriculture and Fishery, The Danish Veterinary and Food Administration, (1999-2002). She was also board member at the Centers of Excellence Programme Committee, The Danish Ministry of Science, Technology and Innovation (2003-2005), and has served on the advisory board of The Danish Medical Research Board, The Ministry of Science, Technology and Innovation (2003-2008); and from 2004-2008 furthermore as Executive Committee member. She was Deputy chairman of the board of directors of Danish Institute of Food and Veterinary Research, The Ministry of Food, Agriculture and Fisheries (2004-2006), and board member of The Milk Levy Foundation under the Ministry of Food, Agriculture and Fisheries (2004-2008), as well as The Danish Strategic Research Council, Programme Commission on Health, Food and Welfare (2010-2011). She also serves on The Committee for Clinical Medicine and Public Health and The Committee for Medicine, Biology and Public Health at The Research Council of Norway (since 2007), and on the scientific advisory boards for the TRYG foundation (a major insurance foundation in Denmark), and the Danish Diabetes Association (since 2013). In 1998 and again in 2002 she produced a report on the Danish obesity problem, and strategies for prevention for The Danish National Board of Health. More recently she has also contributed to several reports about the Danish obesity problem and its prevention for The National Danish Board of Technology. Professor Heitmann has almost 30 years of research experience, and her main topics of research are aspects of obesity, investigating the genetic and lifestyle causes and the health and social consequences of obesity, addressed by methods in clinical, genetic and general epidemiology, and randomised controlled interventions concerned with diet composition, physical activity, weight control and obesity. Professor Heitmann is considered an international expert in nutritional epidemiology, and has authored more than 250 peer-reviewed scientific papers, two thirds of which were published in the previous 10 years in major journals within the fields of nutrition, epidemiology and obesity or in non-specialist journals like BMJ; and she has published about 100 other publications, several book chapters and non-referenced papers, conference proceedings and national publications. She has been advisor, supervisor and/or reviewer of multiple doctoral and PhD dissertations in Denmark and abroad. Professor Heitmann has been invited to lecture at more than 200 national and international conferences and has organized several international symposia, workshops or conferences, among them as president for the 5th International Diet Assessment methods Conference (ICDAM) held in Copenhagen in 2006.